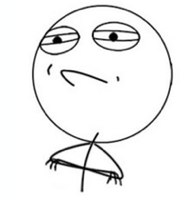 Alright, I'll give this my best shot, and I won't get technical on you.

This is what Bitcoin is all about from a poker player's perspective. If you already know the basics of how it works, you'll probably prefer my article on why Bitcoin is good for online poker.

Bitcoin is a way to send money across the Internet. It's called a "digital currency", but it's better to think of it as a new piece of technology.

What makes Bitcoin different to the currency I'm already using?

With Bitcoin, you're in control of your money - not the bank.

With Dollars, Euros, Pounds, and all that, you need someone to help you store and move your money. If you want to buy something online, you need a company (like a bank, a credit card company, or glorious PayPal) to move that money from your account to the person you want to pay.

This makes sense, because we've needed a central authority to keep track of who's got what. If we didn't have banks, we could just lie about how much money we've got. The problem is that while these financial service providers like banks/PayPal get the job done, they cost us money and can be problematic (in the same way your ISP can be infuriating).

If I'm in the US and want to deposit money to an online poker room, it's tricky because my bank won't process it. I need to use an alternative service, something I'm not familiar with. It's also not unusual to face withdrawal fees depending on what withdrawal method you use and how often you use it. Oh, and it will come through in a few days, or weeks.

If I want to send a relatively harmless $1,000 to my friend in America (I'm in the UK), I'm going to have to pay a fee of around $50. And what's that $50 for? I just want to subtract digital numbers from my account and add them to someone else's. It's what a calculator can do, and it's ridiculous to pay $50 for that service.

Better yet, it'll probably take a week to even get there. Why? Does the money pipe to America get blocked up?

We're used to the fees and delays because it's the only option we've got, but sending currencies should be quicker, easier, and cheaper. We need money that's easy like email.

Okay, here's the part where I'm not sure how much technical detail I should be getting in to, so I'll just go over the main concept.

Answer = with Bitcoin we can send money to each other without having to go through a Bank or PayPal.

Instead of relying on a Bank to keep track of everyone's accounts and move numbers around, Bitcoin allows everyone to keep track of the numbers for ourselves. It's swapping out the need for the postman (and his salary) and using technology to get the job done instead.

How does this work?

Think of a bank's basic job as keeping a "ledger", where they keep track of how much each person has got. They also update this ledger when one person sends money to someone else. This is a basic financial service that's required for using a currency.

With Bitcoin, instead of us paying for one guy to be in charge of the ledger, we share the ledger between us. We each have a copy of the ledger, and we use it to make sure that all the numbers are correct. If you want to move $10 from one person to another, we update the ledger that we're sharing and everyone agrees.

This is how Bitcoin improves upon how things currently work.

Here's a more in-depth version of the above video explaining how Bitcoin works on a technical level. If you're interested in how Bitcoin really works, this is the video.

Start using bitcoins for yourself.

You have to start using bitcoins for yourself to see how easy it is. I can tell you how awesome it is all day, but until you start sending coins around and see it working in front of you, you're not going to get it.

Seeing as you're a poker player, buying some coins and moving them to an online poker room to play with (i.e. a Bitcoin poker room like SwC Poker) would be a practical first experience. You're not "depositing" and "withdrawing" money like you used to - you're sending money around without restriction. It feels good, and it's how money should feel.

I'd like for you to try it, because the more people using it the better the services around it (e.g. poker rooms) will become. Bitcoin isn't going to make you a better poker player, but it does give you the opportunity to play poker freely.

I obviously have to caution you about how much you put in to bitcoin. It's a new technology, and we don't know how it's going to work out. Make your own decisions.