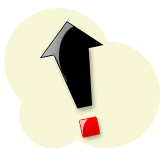 Having the ability to play aggressively is an important attribute to have when it comes to poker, especially when playing in the game of Texas Holdem. Being aggressive is the opposite of being passive, where you make bets and raises more frequently instead of just checking and calling at each point during hands.

Poker aggression opens more doorways to success in poker than it does to take a passive approach the game, which is why many successful players are aggressive.

It is vital that you are able to exercise a strategic aggressive style of play, as being aggressive does not mean simply betting and raising at every opportunity.

Lets say you are in a hand holding A

and the flop comes K

In this spot you have top pair top kicker, which is a great hand but it can be easily cracked by the turn, especially since the board is coordinated with two cards of the same suit. If your opponent bets into you, it is important to be aggressive and raise, because you want to protect your hand and you do not particularly want you opponent to see another card that could potentially improve their hand to make it better than yours.

The board is quite coordinated, and your opponent could easily be betting with a worse hand (such as a draw or a lower pair). Your main objective is to be aggressive and bet enough to give your opponent the wrong pot odds to call to improve their hand, so that you can take the pot down on the flop. This is the much better play than being passive and calling, as you leave yourself open to being out-drawn on the turn.

This is one of the greatest aspects of being aggressive, as it can save you from getting into tricky situations in the middle of a hand. There are also a number of other advantages that an aggressive approach to the game can give.

Playing aggressively helps you to win more money by giving your opponents bad odds to call with draws and by also increasing your fold equity.

"Buying position" means that you force opponents out of the pot in the pre-flop betting round that would be acting after you later in the hand.

For example, we are two seats away from the button in a cash game holding Q

. Everyone has folded to us except for one player who limped in. If we raise it to 4BB and the seat next to the button along with the button folds, we have just "bought position" for the rest of the hand.

This means that we will be the last to act for the rest of the hand, giving us an advantage over any players who call after the button. Once again aggression triumphs over passive play, because if we had just limped in, it is more likely that the seat next to the button or button will have limped in also, which means we would not have position for the rest of the hand.

The more players you can force out of the hand that are acting after you, the better your position will be in the hand.

This is because our opponents will be less inclined to bet mediocre hands for fear of being raised off of them, and they will sometimes check big hands to us in hopes of inducing a bluff.

This can work to our advantage greatly if we flop a flush or a straight draw. If our opponent checks to us because of our aggressive style hoping to induce a bluff, we have then earned ourselves a free card to try and complete our draw, where normally they would have bet into us if we had not been playing aggressively.

Using aggression to get paid off.

If we are constantly playing aggressively, our opponents will start to give us less credit for our hands as the game progresses.

Our opponents will realize that we cannot constantly have the best hand every time we bet and raise, so they will start to call us down in the hopes of catching us out when bluffing. This works to our advantage when we then make a good hand, because our opponents may well still call us down as they no longer give us credit for having a strong hand.

Therefore, we will be making money each time an opponent calls because they do not believe us, instead of having opponents fold because they believe we have a strong hand. It is important however to try and be aware of times when our opponents may be trying to trap us, by calling with their own monster hands instead of raising and betting.

Hopefully you can see that being aggressive is the winning style of play when it comes to Texas Holdem. No matter whether you are a tight or loose player, being aggressive trumps passive play in almost every area.

Playing passively will rarely win you a decent amount of money from poker, so learn to play strong, aggressive poker.

If you watch winning players on TV or even in the online rooms, you will notice that they are exercising either a tight-aggressive or loose-aggressive style of play. Very rarely will you see a pro playing passively, as aggressive play is key to becoming a winning poker player.