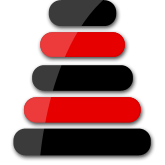 If you are unable to piece together different pieces of information to build a bigger picture of the way each hand is played out, you will find that you will struggle to make much money from poker.

Being able to work out why your opponent is playing in a certain way is an essential skill for any winning poker player.

If you can figure out what your opponent may be holding, you can make the most profitable decisions in each situation depending on what information you have managed to pick up.

The levels of thought in poker.

Working out what your opponent may be holding is not easy, and it relies on your ability to think on a number of different levels. "Multiple Level Thinking" is a concept that was brought forward by David Sklansky in his book NL Holdem Theory and Practice, and defines the different levels of thought that a poker player can occupy:

I think I should probably leave it there now because of the fact that it is unlikely that any players will be thinking above this level, in addition to the fact that it is getting pretty difficult for me to even write down and comprehend at such a high level. But hopefully as you can see, you can think on different levels whilst playing poker, with the most inexperienced players playing at level 0 or 1 and the more advanced players of the game playing at 4 or above.

Overview of the different levels.

Level 1 is again pretty basic, and will mainly apply to players who have just got to grips with the rules of the game and are just about aware of the different hand ranks that apply to the game of poker. Therefore they will spend the majority of their time trying to figure out how strong their hand is, and thus if they have much of an opportunity to win the hand. Level 1 players will have difficulty bluffing, as their bluffs will be made regardless of what they think their opponent may be holding.

Level 2 is the category that most poker players will fall in to, as it encapsulates the players who have had some experience in the game, but are probably not quite yet winning players. These players will consider what their opponent will be holding, but probably do not quite yet have enough knowledge of the game to make plays based on mathematics or the correct strategy for each situation.

level 4 is where things start to get tricky, but the more advanced players will be able to grasp hold of the thought processes at this level and use it to their advantage. However, even if a player is able to think at this level it is unlikely that they will ever need to use this ability, as there are not many players who will able to think at the same level as them.

Level 5 is where things start to get ridiculous, and I don't think there is much use in me going through it. I had a hard enough time writing it down, so I'm not sure how good my explanation would be if I tried. But if you ever come across someone playing at this level, my advice would be to leave the table as quickly as possible.

What does multiple level thinking mean to you?

The main reason as to why it is important to know about the different levels of thought is so that you can save yourself from playing incorrectly against different types of players. There is no point playing at level 3 if your opponent is playing at level 0, because there is no need to consider what your opponent thinks you have if they don't even have any idea about what they are holding themselves. You will just be ‘over thinking' the situation and wasting you time and effort.

To beat any type of poker player, you simply need to be playing 1 level above them. Not 2 or 3, just 1.

Therefore you should be able to bluff them successfully whereas they will not as they are not giving any thought to the strength of your hand. There is no need to make extravagant plays against a low level thinker because they will have no idea about what is taking place, which will make it more likely that your ‘advanced' play will backfire.

So for every opponent you play against, simply play at the level above him or her and you will be able to employ a successful winning poker playing style against them. The higher the level of thought you can use effectively the better, but also be prepared to adapt depending on the level of your opponents. This applies to all levels from 0 and above.

As a general rule, you should stick to playing at one level above your opponent in order to beat them. It is not easy to categorize your opponents as they do not come with signs informing you of their level of thought, but you can make decent judgments by analyzing the way they play.

To become a winning player you should be able to play at level 3, but this does not mean that you should play at this level at all times. You should be flexible and change your level of thought depending on your opponent, and you will find that you will be making more profitable plays in the long run.