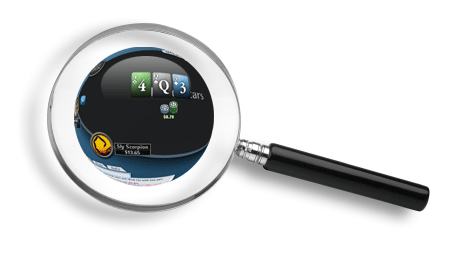 You can always gauge how cool something is by how many myths surround it.

Fortunately, poker must be one of the coolest games in the world thanks to all the weird, ridiculous and foolish myths flying around.

Where all these online poker myths came from I do not know, and I don’t particularly care. What I do care about though is putting these interesting myths to bed and sucking as much mystery and fun out of the game as I can in a few hundred words.

The myth: If you make a withdrawal from your online poker bankroll, you will receive bad luck and lose a bunch of money shortly after.

The facts: Online poker rooms do not care about you enough to want to hunt you down and teach you a lesson for daring to withdraw your money from your account. Furthermore, the poker rooms make no financial gain if you end up losing money, so it makes absolutely no sense for them to try and rig the cards against you.

The cash out curse is just a way for bad players to blame the poker rooms for their inadequacies when it comes to playing winning poker.

2) Poker is all about reads.

The myth: The only way to be able to win money from poker is to be able to read your opponents and make decisions based on those reads.

The facts: The best thing about online poker for me is that opponents are not able to see my face, or the horrible state of my apartment, so I can make as many expressions and live in as much filth as I like.

Nonetheless, despite the total absence of physical reads and all that shiz, players are still able to consistently win money playing poker online. This just goes to show how little value physical reads really have in the game of poker.

Sure, reads can help, but their benefits are dwarfed by more important things like mathematics and actual strategy. Old people like to think that poker is all about looking at other people’s faces and picking up on reads, but it’s just not the case I’m afraid Alfred. If you can’t win money online because you can’t see your opponent, you’re just a bad poker player.

The myth: If you’re a good poker player, you can sit down in the game of your choice and always walk away with more money than you started with.

The facts: Ever heard of variance? Sure, good players will win money over the long run, but over the short term your results will always be in the hands of Lady Luck.

Even the best players in the world will have long streaks of losing sessions, and that’s just the way poker is. Just because you lose money one day, it doesn't make you a bad player.

So don’t worry about it when your friends think you’re a sh*t player because you were the first to bust out of last-night’s home game after you moved all-in preflop with AA and they called with 97 for God knows why (they ended up winning of course). It’s all about the long run.

The myth: Bad players will always call you down and end up outdrawing you when you have the best hand, so you can never win money from them.

The facts: First of all, the statement that “you can’t beat bad players” is a hilarious contradiction in itself. Secondly, there’s no such thing as some players being “more lucky” than others, that’s just not how it works.

If players are calling you down with worse hands, then that’s absolutely amazing. There will be times when they get lucky, but the odds are in your favour and so you can expect to win more money over the long run. It’s a mathematical fact. You can’t argue with mathematical facts!

The only reason players claim this poker myth to be true is because the bad beats sting a little too much for their liking. You’ll just have to deal with the bad beats and enjoy the extra money you will eventually win because the bad players keep putting money in to the middle with the worst of it. Get used to it. Micro stakes poker is a goldmine.

The myth: Online poker is rigged.

The facts: Online poker is not rigged.

See the article on is online poker rigged? for more information.

6) You get more bad beats online. 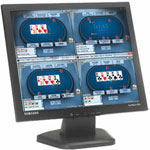 The myth: You get more bad beats playing online poker than you do playing live poker in casinos and home games.

The facts: The cards online are just as random as there are in live games, so there isn’t a greater probability of you receiving a bad beat when playing online. And no, the cards aren’t rigged either.

However, over a set period of time, you probably will see more bad beats than you would online for the following reasons:

Online games are much faster than live games, so if you can play twice as many hands in an hour than you could in a live game, it’s only to be expected that you’ll see more bad beats playing an hour of online poker.

Secondly, in live games there is the chance that bad plays will be laughed at, so some players will play more conservatively. Online, these players can go balls to the walls and play however badly they like. Hence, there are more opportunities for bad beats to arise.

So yes, you will see more bad beats playing online poker. But between online and live poker, the ratio of hands to bad beats is more or less the same. Therefore, this is just another online poker myth like the rest of 'em.

For more poker fallacies, have a read through these common lies about poker from famous movies.