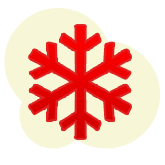 The "Yeti theorem" is quite an old theorem in poker that was coined by a poster at the 2+2 forums some time ago. The theorem essentially states that:

“A 3-bet on a dry flop (preferably paired) is almost always a bluff.”

This means that if the flop could not give anyone a possible flush or straight draw, if you re-raise an opponent and they raise you back, the chances are that they are bluffing.

Let's say that you are heads up against an opponent and you are first to act. The flop has come 8

. It does not really matter what cards you are holding or what happened before the flop, so just take it as it is.

We check to our opponent and they bet out – perfectly standard. We then check-raise them and the action is back on our opponent, as they have to call our raise to see the next card. If our opponent once again raises this raise, then by using the Yeti theorem why can assume that they are almost always bluffing in this situation, and so we should be able to push all in and make them fold or call and show down the best hand.

How the Yeti theorem works.

There are 2 key ideas that drive the Yeti theorem.

Take a few seconds to mull over these 2 ideas – it's easy to read over them but not fully take everything in, so make sure you have an idea of why these points make sense.

Our opponent has an 8.

If our opponent has an 8, their bet after we have checked to them makes perfect sense. They may well have the best hand and they will want to take the pot without giving us the opportunity to catch up if we missed. Now, if we check-raise it shows a great amount of strength, and it would easily appear as though we have a 3 or an over pair at least.

No Texas Hold'em player with any common sense is going to be confident enough to call this check-raise with just an 8, let alone make another raise, which means that a 3-bet here would be totally out of place.

Our opponent has a 3.

If our opponent has a 3, the chances are that they will be more inclined to slowplay the hand as opposed to come out raising and re-raising on the flop. The flop bet is not a bad play, but a number of players are likely to check here in an attempt to trap their opponent due to the flop being so dry.

The most peculiar play according to the Yeti theorem would be the fact that they 3-bet with their 3-of-a-kind, because this would seem like too strong of a play, where calling and trapping would be the preferable option for the vast majority of players.

Is the Yeti theorem still effective?

In my honest opinion, the Yeti theorem is old and does not hold as much weight as it used to. So no, I wouldn't say that it is effective anymore.

There are two main problems with the Yeti theorem in Texas Hold'em:

The fact of the matter is that players are always looking to out-level their opponent (see multiple level thinking). Therefore if your opponent knows that you think that your opponent is always bluffing when they 3-bet dry flops, they are going to go ahead and 3-bet dry flops when they have a strong hand. Furthermore, players will be more than happy to 3-bet with overpairs to the board in this spot.

When the Yeti theorem first came about, the chances are that it worked pretty well for many people, but as time went by the game has developed and evolved, and so they Yeti theorem is no longer as useful as it once was.

Now, I hope that you're not too annoyed at the fact that you just read through an article on what appears to be an outdated and useless play, because there is still something to be learned from this theorem. In some instances the Yeti theorem will still work, but my advice would be to not stick to the Yeti theorem as a rule of thumb, and use your own logic and thought processes when those 3-bets come around.

Hopefully this theorem has opened your eyes a little and helped you to think about 3-betting situations, which is really the most valuable aspect of this article. So whilst it may not have directly helped you by adding a new weapon to your arsenal, it will have helped your general understanding of the game.