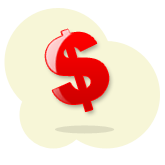 The "float play" is an advanced bluffing technique in Texas Holdem that is extended over two betting rounds.

The principle role of the play is to make your opponent believe you have a stronger hand than theirs via the flop and turn betting rounds, and thus closing down the action and winning the pot on the turn.

What is the float play?

The float play essentially involves calling an opponent’s bet on the flop (floating the flop), and then betting after being checked to on the turn to win the hand before seeing the river card. It is possible to make a successful maneuver like this with any two cards, which typically makes it a good bluffing play.

Why is the float play effective?

The play works well because it is typical for an advanced player to make a continuation bet on the flop, regardless of whether or not they caught a piece of it. Therefore it is not uncommon that our opponents will be making a bet on the flop with air, hoping that you did not catch a piece of it either and that their continued aggression will give them the pot.

The fact that you then call this bet will set alarm bells ringing in their heads, as they may fear that you could well be slowplaying a very strong hand. The majority of players will then shut down on the turn and check, which leaves us open to capitalize on their weakness by making a strong bet to win the pot.

How to make a successful float play.

There are two criteria however that have to be met before being able to pull off a good float play.

It is actually possible to make a float play out of position, but this is far more difficult and it is not often recommended that you try to do so as it can become costly. In position you have the opportunity to spot any weakness on the turn from your opponent after calling their flop bet. If your opponent bets strongly again on the turn, you are able to comfortably fold knowing that they more than likely have the best hand. If they check however, you are in the perfect position to take down the pot.

A second and equally important rule for a good float play is that you should be heads-up against your opponent. If there is more than one player in the pot, it makes it more difficult to pull off such a complex bluff, as it is more likely that at least one of the players has a decent hand.

The float play works best heads-up and in position. In fact, I would rarely (if ever) attempt a float play against more than one player.

The float play relies on us trying to pick off a continuation bet from our opponents, and the addition of another player into the equation adds too many variables to make it successful, and often our attempted display of strength will go unnoticed. Therefore it is best to keep things simple, and stick to being in position against one opponent when attempting a float play.

Lets say we are on the button holding A

, and a player from middle position makes an $8 bet in a $1/$2 NL Holdem game. The action folds to us and we make the call, both players in the blinds fold. The flop comes 8

Typically we would fold this hand as we have not connected with the flop at all, but instead we decide to make the call as we know our opponent regularly makes continuation bets with air. The turn comes the 3

, but this time our opponent checks to us displaying some weakness.

We now bet $40 into the $51 pot, and our opponent folds, suspecting that we have a stronger hand than them.

In this particular hand, our opponent may well have been making a standard continuation bet with a hand like AK, AQ, KQ, or a middle size pocket pair like 99 or 77. Our opponent was concerned about our call on the flop as it meant that we could be holding a wide range of hands that beat theirs such as AJ, KJ, JJ, 88 and so on.

A strong bet on the turn is key in making our opponent think twice about playing on with their hand.

The float play can still work even if your opponent bets on the turn after you have called their bet on the flop. Some particularly aggressive players will fire a second barrel on the turn in an attempt to take down the pot with air once more.

Therefore by re-raising what you feel is a second barrel or a particularly weak bet, you can still pull off a successful float play. However, the re-raise on the turn as a float play is a very dangerous and advanced move, which requires a very good understanding of your opponents. Consequently, you should be more inclined towards folding if you do not know your opponents well and they are making another bet on the turn.

It is central to note however that we should have a good read on our opponents to make a float play like this, as it is important to be sure that our opponent is the type of player that makes continuation bets, but will shut down and fold when they come up against any resistance. This means that float plays will work well against your typical tight-aggressive player, rather than calling stations that will call down bets regardless of what they think you might be representing. (See the article on putting players on a hand for hand reading.)

It is also important to remember that float plays should not be used liberally as a regular defense against the continuation bet. It is true that this play will snap off a few continuation bets from time to time, but you will find yourself in sticky situations and getting check-raised on the turn with real hands if you overuse this particular play.

The float play is not usually something that you intend to use when you enter a pot before the flop, it is a more of a play that you can consider when faced with certain situations as they arise.

Float play spots make themselves apparent as you play; you should not go actively looking for them.

Floating is an advanced play that usually takes place at the $100NL Holdem games and higher, although it does not mean it does not take place at some of the lower limits. The fact that the bluff extends over two betting rounds and involves a good knowledge of your opponents style of play means that it is quite a sophisticated move, but it is a very satisfying play to use when it works well.

If you can learn to master the float play and understand situations where it can be successful, you will find that you will have a very powerful tool in your poker arsenal. However, as it has been mentioned in some top NL Holdem books, don't become too cocky after pulling off a successful float. Its just another standard play in an everyday game of poker that we can call upon from time to time.